I do not like fences between neighbors. Or walls. They represent a breakdown of communication. A breakdown of détente. Of respect. I believe that border disputes should be handled with communication, with information and with agreements. Fences come up when all this fails, which represents a failure by one or both parties, on one side or the other, for mutual respect and acknowledgement of a common boundary. For this and many other reasons, no I do not like fences.

Barbed wire for fences is often blamed on the Americans. Rather unjustly I think. Americans, simply patented and commercialized the pre-existing concept — nothing more or less an action for which Americans typically are good at doing. But the historical concept of such fence types, predating the American patent, is found not only in France, but also in the well known fable of Sleeping Beauty, as anyone can attest and who knows what a deterrent a wild rose bramble can be.

Still, fences and walls seem to me too ubiquitous where they ought not be. One can find too many and various examples of ancient walls found in various parts of Europe that were erected due to actual, popularly perceived, or politically declared threats (which when looking back from a historical perspective, the later not uncommonly being more the ultimate than the proximal cause). Such does not simply define structures as Hadrian’s Wall, but also the common stone walls demarcating various property lines that are still diligently maintained over the centuries. 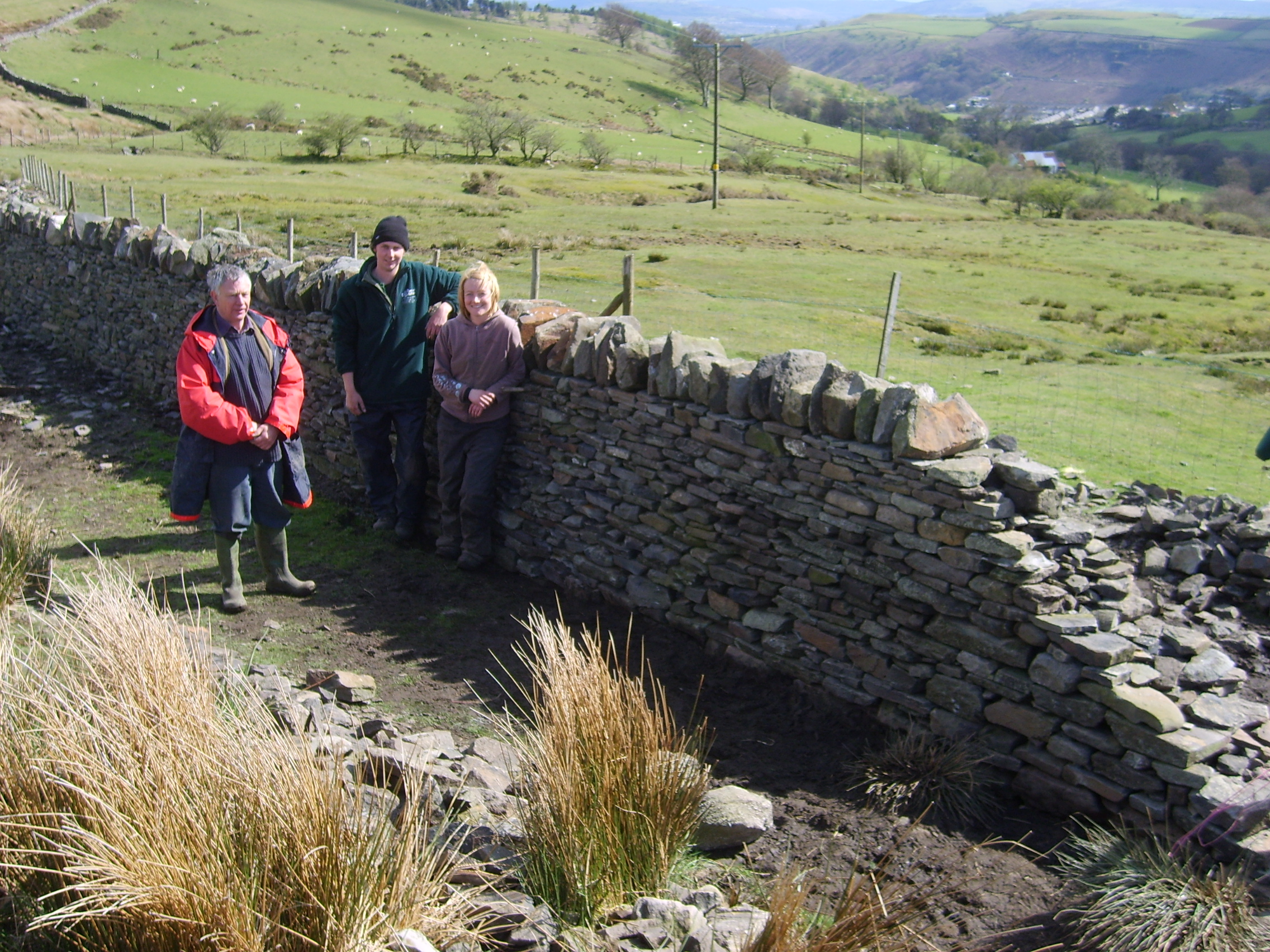 I feel mostly like Robert Frosts in his poem “Mending Wall”, where Frost did not like walls.

Bringing a stone grasped firmly by the top
In each hand, like an old-stone savage armed.
He moves in darkness as it seems to me,

It is his neighbor’s stubborn assertion that “good walls make good neighbors” which come as but an echo of advocacy for the archaic, the dated and maybe even the outright rude structure.

Before I built a wall I’d ask to know
What I was walling in or walling out,
And to whom I was like to give offense.

And yet, here I find myself. Building a wall in effect, even if it is but a simple wire line along the survey markers of a land survey I paid for several years ago to correctly mark the boundaries of our property. 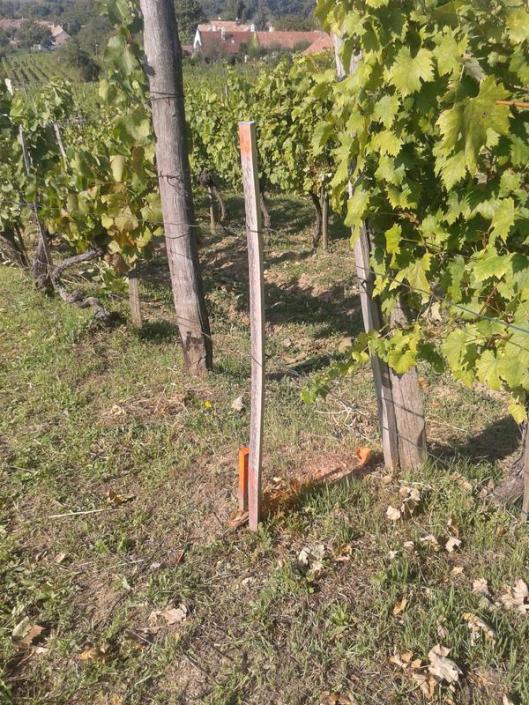 Wire fence going up along the survey marker for a land survey I paid to have done on our property.

Why, you may ask, am I building a fence? Because our neighbor has transgressed, trespassed and mowed down many vines on our property by thinking the space is theirs.

Vitis riparia I had carefully grown all summer to be used as grafted rootstock. Cut down by trespassing neighbor.

Vitis riparia I had carefully grown all summer to be used as grafted rootstock. Cut down by trespassing neighbor.

The cause is an old rule that states that any fence should be built 1 meter from a property boundary (the rule makes no sense to me, but it exists). Yet our neighbor built a vine row on the property line. Thus in the less than accurate local oral history I typically find here, there developed an assumption the next meter of land beyond their vine row must be “theirs”. It isn’t. I paid a pretty penny to have our land boundary officially surveyed; as I have long ago learned to not trust local “opinions”, yet I still find myself confronting the power of local opinion over facts. Making matters worse, the actual owners of the land live somewhere abroad from Hungary, making communication difficult.

One meter, one may think is trivial. I may seem petty. But the affected area is 150 meters long, and many vines I was growing there — rightfully on my land — were cut down just before I was about to use them. In effect, it was all very frustrating and annoying to loose my work for the year.

I am yet, fundamentally a realist. I have again seen I have to adapt to local realities, and I will never grow vines in that space again simply to avoid loss due to stupidity — which is of itself means I still loose, since i lost the free use of part of my own usable land simply because of the local ignorance of others.

But also, yes, despite my internal protests, I find myself building a fence. To keep out, to protest, and to prevent damage to my property by, ironically it seems ….. Hungarians. I am not happy about it. But here we are.

… Something there is that doesn’t love a wall,
That wants it down.” I could say “Elves” to him,
But it’s not elves exactly, and I’d rather
He said it for himself.

All images at this blog, unless otherwise stated or referenced from other sources, are licensed under the Creative Commons Attribution-NoDerivatives 4.0 International License. What this means is you can use any image licensed here under the Creative Commons Attribution-NoDerivatives 4.0 International License for anything, including commercial use, for free, as long you do not alter the image in any way; including but not limited to cropping, modifying, or in any other way changing the image.
%d bloggers like this: