We had a second day of frost. And the damage was more significant. 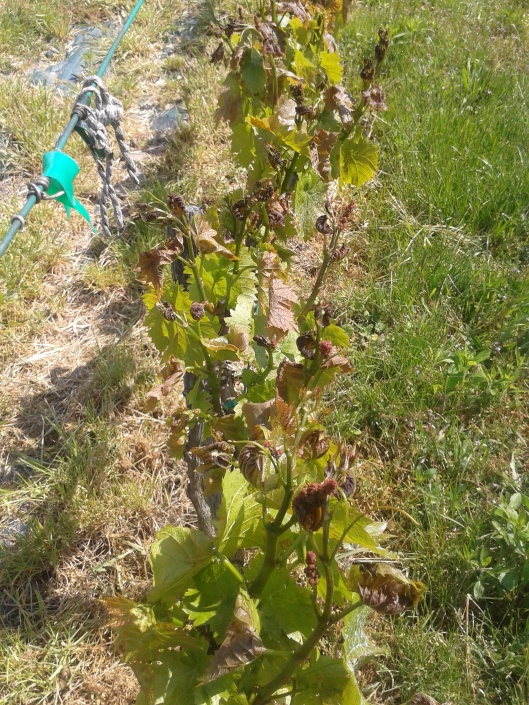 The extent of damage was again spatial. The least damage occurred on the vines on more pronounced slopes where the cold air could “flow away”. 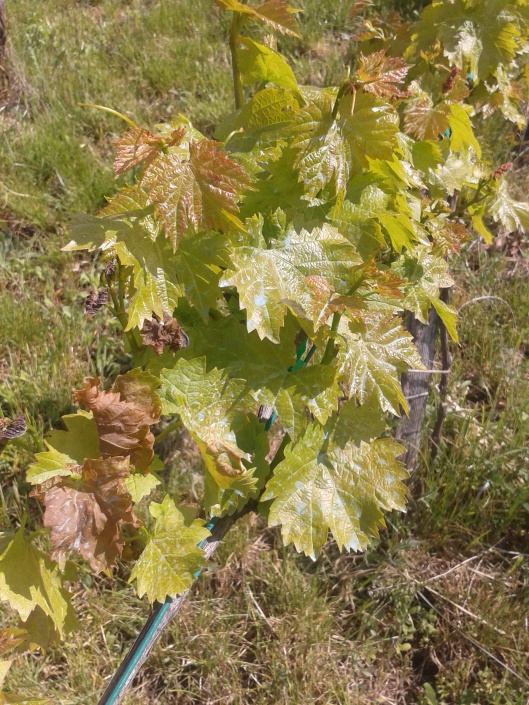 Some frost damaged to grape vine.

Some frost damaged to grape vine.

But the damage at times had patterns, such as damage on the lower parts of vines where the cold air near the ground had the greatest effect.

Only lower part of vine near the ground affected by frost.

And at other times the damage appeared almost random, where young vines only a meter apart had either complete damage, or no damage at all.